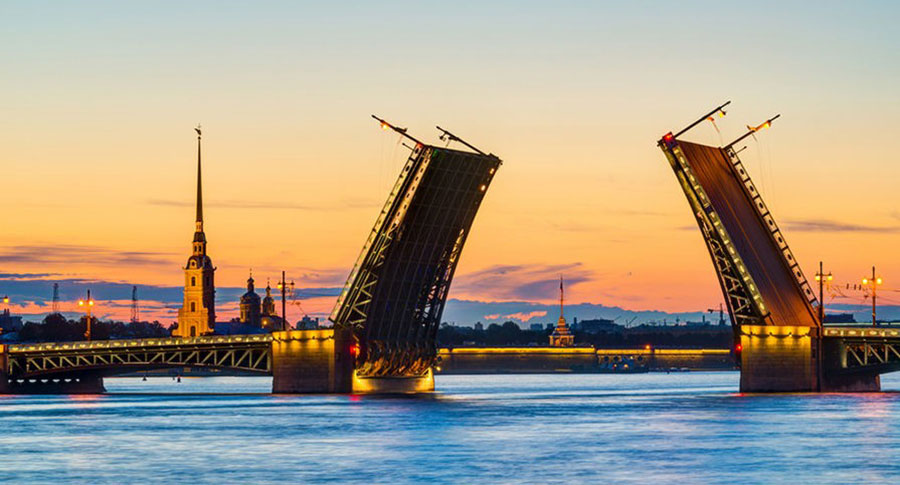 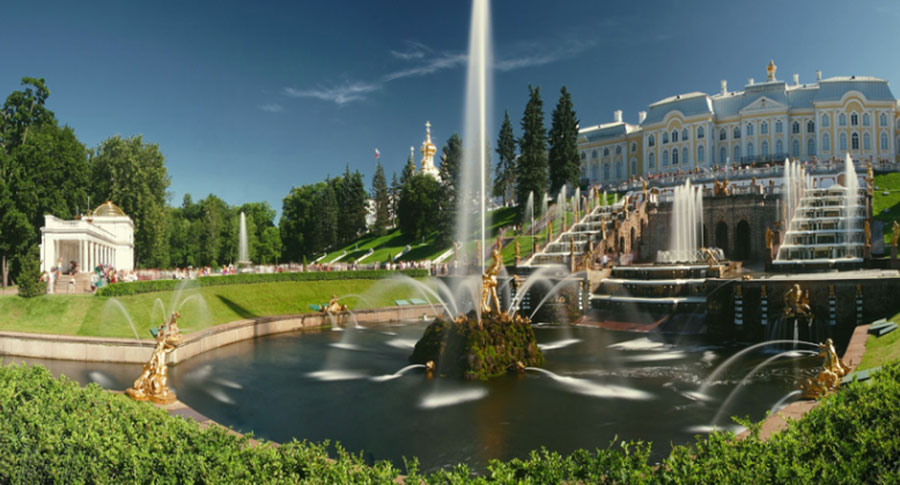 Saint Petersburg is Russia's second largest city after Moscow and has a status of a federal city. It is situated on the Neva River, at the head of the Gulf of Finland on the Baltic Sea, about 400 miles (640 km) northwest of Moscow.

The city was founded by Tsar Peter the Great on 27 May, 1703 as Russia’s “window on Europe”, so now it bears the unofficial status of Russia’s cultural capital and most European city, a distinction that it strives to retain in its perennial competition with Moscow. The Historic Centre of Saint Petersburg and Related Groups of Monuments constitute a UNESCO World Heritage Site. One of the main characteristic features of the city is its many waterways. The bridges and natural canals of the river have earned St. Petersburg the nickname “Venice of the North”.

The tour offers you a remarkable opportunity to see the best of St. Petersburg’s main tourist attractions. You will observe Nevsky avenue, St Isaac’s Cathedral, the Bronze Horseman, the Winter Palace, the Cathedral of the Holy Savior on the Split Blood and others, participate in fascinating excursions to the State Hermitage and Peter and Paul Fortress. On the second day you will travel outside the city and visit the legendary Petergof, the so-called “Russian Versailles” with its magnificent fountains park.

13:45
Gathering of group with a guide at the hotel Sokos Olympia Garden
14:30
Excursion to the State Hermitage
17:00
City Tour “Portrait of the Great City” with visiting of the main city sights and excursion on the territory of Peter and Paul Fortress
20:00
End of the 1st day-program, transfer to the hotel, free time.

08:00 AM
Breakfast at the hotel
09:00 AM
Gathering of group with a guide. Excursion to Petergof
10:30 AM
Walking excursion in the lower park of Petergof with fountains
12:00 AM
Excursion to Petergof Grand Palace. Free time in the park.
15:00 AM
Lunch at the city restaurant
17:30 AM
End of the 2nd day program, transfer to the hotel, free time