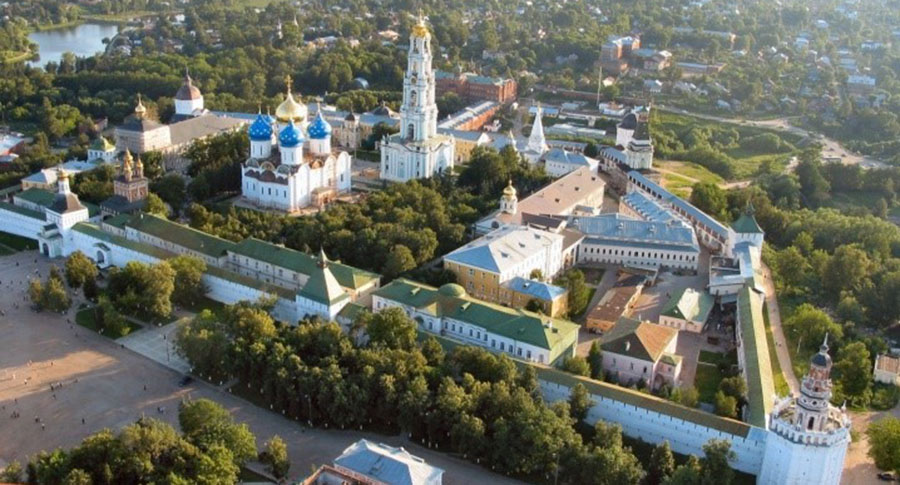 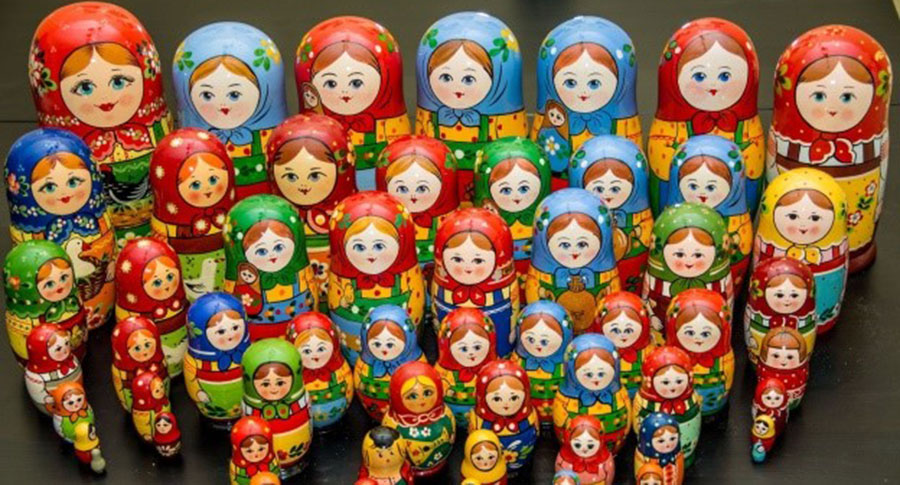 Sergiev Posad is situated about 70 kilometres from Moscow and grew in the 15th century around one of the greatest of Russian monasteries, the Trinity Lavra established by St. Sergius of Radonezh, still one of the largest monasteries in Russia.

The fortress and the monastery are listed in the world heritage list. The Trinity Lavra of St. Sergius is one of the most beautiful monasteries in Russia, and one of the principal spiritual centers of the Russian Orthodox Church. Its main seminary is housed in the buildings of this complex. There are several churches to see, a holy source and in general the whole complex with its massive walls and gates is very picturesque.

Matryoshka is the best known and most popular Russian souvenir. It is a set of painted wooden dolls of decreasing sizes one hidden inside another. The first matryoshka production started in Sergiev Posad, a Russian town famous not only for its Trinity-St.Sergius monastery but also for its skillful masters. Sergie Posad was an old Russian centre of wooden crafts. When matryoshka appeared to be in such a high demand the masters from Sergiev Posad managed to replicate the first matryoshka and soon new designs of nesting dolls were developed.

08:00 AM.
Gathering of group at the hotel in Moscow
08:30 AM.
Transfer from Moscow to Sergiev Posad (about 2 hours travel time). The guide makes introduction to the tour
10:30 AM.
Excursion in Trinity Lavra of St. Sergius (Trinity Cathedral, Dormition Cathedral and Refectory). Overview of the shrines, architecture and attractions of the Lavra and life of St. Sergius of Radonezh.
12:00
Lunch at the restaurant of Sergiev Posad.
13:30
Visiting the Matreshka factory:
Matreshka manufacturing is totally handmade the same as it was 100 year ago. Visitors will see the whole process starting from wood peace till the manufactured nested doll. Masters of wooden crafts makes up to 15 procedures before the toy is ready.
Visitors may paint their own matreshka on the workshop under the guidance of the wooden crafts master.
16:00
Transfer to Moscow.
18:00
Arrival to Moscow.

Rate does not include: